6 Historical Museums to Visit in Malta

With 7000 years of history, it's not surprising that Malta has some fascinating museums. Here are six of the best. Disclosure: This website is reader-supported. “When you buy through links on our site, we may earn an affiliate commission.” Learn more.

6 Historical Museums to Visit in Malta

MALTA HAS SOME FASCINATING MUSEUMS

Malta may well be known primarily for its beautiful beaches, but humans have lived on Malta and its smaller surrounding islands for more than 7,000 years. It has been part of an impressive number of empires, from the Greeks, Romans, and Ottomans to the British Empire in the first half of the 20th century. It has been independent since World War II and is now part of the European Union. With all that history, Malta has some fascinating museums. If you visit Malta, you should make it a point to check out some of these:

As an island, Malta has a long, rich history with the sea, and the Malta Maritime Museum shows this off. It covers all eras of Malta’s maritime history, from the earliest Phoenician ships through modern boating. The museum is located in Birgu, which is close to the capital city of Valletta, and can be reached easily by automobile or bus.

The crowning jewel of Valletta is St. Johns Co-Cathedral, evidence of Malta’s extensive history with the Catholic Church. The plain exterior contrasts impressively with the rich interior, which exemplifies Baroque design. The decor includes two paintings by Caravaggio. Adjacent to the church itself is a museum displaying religious artifacts and clothing from every period of the cathedral’s history.

Although Malta has been a desirable strategic outpost for centuries and thus a frequent target of invasion and occupation, the National War Museum in Valletta focuses on Malta’s role in the two great European wars of the 20th century. It tells the complex and intriguing story of Malta as a hotbed of military activity and espionage in World Wars I and II and is a top attraction for visitors who are military history buffs.

Located in the interior town of Rabat, Domus Romana is the site of an ancient Roman villa, rediscovered in 1881. Although the villa itself is largely ruined, several beautiful mosaics remain intact. A small museum at the site displays archaeological finds from the site that help provide a picture of everyday life in on corner of the Roman Empire. It is well worth the 40-minute trip from the capital city by car or bus.

Gozo, the island adjacent to Malta, is more rural and traditional than the main island. If the panorama of Maltese history exhibited in the other museums has made you curious about the everyday lives of Malta’s common people, this museum is the place to go. Exhibits show the tools and techniques of traditional farming, fishing and crafts. If you include a side trip to Gozo
in your visit to Malta, do not miss this fascinating museum.

THE NATIONAL MUSEUM OF ARCHAEOLOGY

If you don’t have time or the physical ability to explore the ruins and temple sites of Malta, the National Museum of Archaeology is an excellent substitute. Located in Valletta, it holds a dazzling array of artifacts from Neolithic historic sites on the islands. Highlights of the collection include the Sleeping Lady and Embracing Couple statues, an ancient temple stone altar, and a model of one of the famous prehistoric temples of the islands.

Undeniably, the top attractions in Malta are the lovely Mediterranean beaches with their lively resort towns. But if you are interested in taking in a little culture with your Maltese vacation, these fascinating museums await.

All Posts
Add Review
There are no reviews yet.

HenPartyGlamping.ie is Your Unique Online Party Destination. Discover destinations, hotels, party packages and more in the Directory. Or read the blog for information, tips and advice. 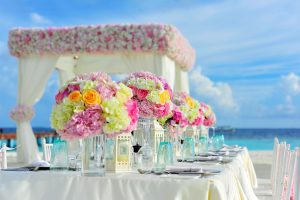 Your Anxiety may be more Normal than you Think Why is Ireland a Haven for Culture Lovers The Best Foods to Give You a Glowing Skin 5 of the best European cities to visit when Freedom Returns Liverpool – A City of Culture and Partying Piran – A Magical Place for Your Party