The Top Things to See in Luxembourg

In this article we look at some of the top Things to see in Luxembourg, one of Europe's smallest countries.

Disclosure: This website is reader-supported. “When you buy through links on our site, we may earn an affiliate commission.” Learn more.

The Top Things to See in Luxembourg

The tiny European country, between France, Belgium, and Germany, is known for scenic forests and nature parks. The capital, Luxembourg City, has maintained its fortified medieval town making it a picturesque sight as well. European tourists often overlook Luxembourg. However, as a veritable crossroads of modern and ancient culture, Luxembourg City provides a rich travel experience. Check out these five top things to see in Luxembourg City.

The historic quarter and old fortifications of Luxembourg City are UNESCO World Heritage sites. The Old Town (Ville Hauteis) sits on a rocky outcrop that served as a natural and strategic barrier to invaders for centuries. Old Luxembourg was shaped by the foreign powers that laid claim to its fortress throughout history.

The city authorities have preserved many buildings, like the Church of St. Nicolas and the Abbey of Neumünster. The fairytale-like charm of Luxembourg City that you’ll often see in photos comes from the historic quarter. History aside, the area is the perfect place for a scenic stroll. A series of paths and even a UNESCO-sponsored guided walk, can you take into the Old City from the Upper Town. You could also ride the panoramic elevator, giving you spectacular views over the Ville Hauteis.

Bock Casemates is the series of tunnels built into the side of the rocky promontory in Luxembourg and definitely tops the list of things to see. The casemates are some of the only remaining parts of the old fortress; it was dismantled in 1867. The Bock Casemates are open for visitors, and after paying admission you can walk around the tunnels and galleries at your leisure. In many of the old rooms, you can look out onto the Old Town below, or catch a view of the Upper City across the way. Walking on top of the casemates you can also see the archaeological crypt and stand on the most beautiful balcony in Europe, Corniche.

Luxembourg is the only country in the world operating as a Grand Duchy. The sovereign, the Grand Duke, officially resides in the Grand Ducal Palace. The Palace is also in the historic quarter, boasting one of the most beautiful façades in the city. It is open for guided tours in July and August. For the rest of the year, tourists have to make do with marveling at the palace’s exterior. However, you can also keep an eye out for changing of the guard.

Once you’ve walked the streets of the Old Town and explored the Bock Casemates, head to the Luxembourg City History Museum. You’ll learn all about the old fortress and Luxembourg’s political significance in European history. The museum also guides you through Luxembourg’s modern government. Here you can find out exactly what a Grand Duchy is! You’ll see here just why Luxembourg is also home to some major European Union institutions, drawing diversity and investment to the capital city. The City History Museum is really something to see and is your crash course on all things Luxembourg.

Luxembourg may not be as famous for chocolate as their Belgian neighbours, but that shouldn’t stop you from sampling some! The best place to get chocolate, hot chocolate, pastries, or even sit down to have lunch, is Chocolate House Nathalie Bonn. The shop is located right across from the Grand Ducal Palace, so it receives scores of patrons. If you want to stop in for a treat, and you should, avoid going around meal times as there tends to be bigger crowds then.

If you’re looking for things to see outside of Luxembourg, then catch a one-hour train ride across the border to Trier, Germany. This charming town is both picturesque and historic, with 8 UNESCO World Heritage sites. A few notable ones are the ancient Roman gate, Porta Nigra, along with several other Roman structures. There’s also the Church of Our Lady, the oldest Gothic German church in Germany, or the Trier Cathedral, the oldest cathedral in the country. If UNESCO sites aren’t enough to impress you, then visit Trier’s medieval city center. It’s centered around Hauptmarkt, a square with preserved houses mixing Baroque, Renaissance, and Classicist styles.

Round out your Trier trip with a walk through the Jewish quarter, then see the birthplace of Karl Marx.

Luxembourg, resting on the precipice of modern culture and ancient tradition, should be on your European travel list. The capital city makes a great weekend visit, or stretch out your stay by visiting Trier and the rural parts of Luxembourg. However you choose to visit it, Luxembourg is sure to impress and you won’t be short of things to see and do.

All Posts
Add Review
There are no reviews yet.

HenPartyGlamping.ie is Your Unique Online Party Destination. Discover destinations, hotels, party packages and more in the Directory. Or read the blog for information, tips and advice. 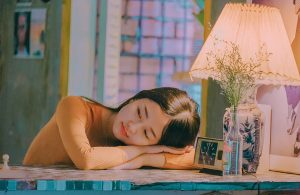 Your Anxiety may be more Normal than you Think

Why is Ireland a Haven for Culture Lovers

The Best Foods to Give You a Glowing Skin

5 of the best European cities to visit when Freedom Returns

Liverpool – A City of Culture and Partying

Piran – A Magical Place for Your Party